Staying ahead of the curveball

News in Major League Baseball may be the six no-hitters (so far), but the big news for the Minor Leagues as games began in early May was a new structure and realignment. The new model for Minor League Baseball features 120 clubs, closer geographical links between the Majors and affiliates, and new standards for stadium facilities.

The facility requirements from Major League Baseball will lead to upgrades of stadiums and support spaces for athletes and fans of Minor League affiliate teams such as the Sacramento River Cats, Toledo Mud Hens, Jacksonville Jumbo Shrimp, Norfolk Tides, and the Albuquerque Isotopes.

According to Ballpark Digest, the new requirements include clubhouses that are 1,000 square feet or larger, field lighting improvements, new food/nutrition spaces, areas for female staffers, and upgrades to training facilities such as batting cages.

Many of these projects will be planned, designed, and financed by city and county ballpark owners. “By and large, these are not going to be costs borne by MiLB team owners, but rather by ballpark municipal owners,” Ballpark Digest reported. “Generally speaking, municipalities pay for permanent physical improvements … and teams play [sic] for physical improvements that can be removed.” 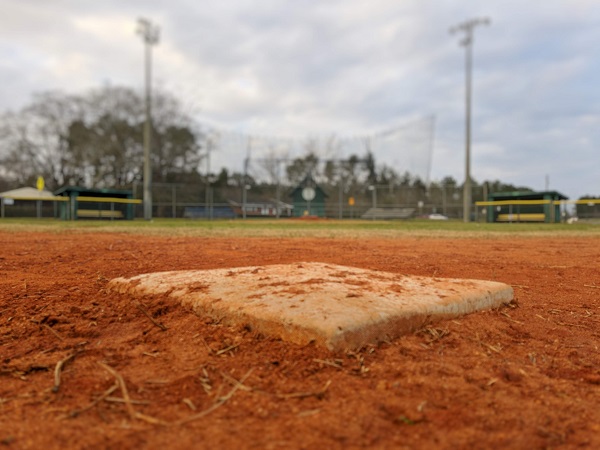 The renovations at MiLB stadiums and facilities will go a long way in providing both players and fans with modernized accommodations. (Source: Darrin Moore)

Several ballpark improvement projects are already under way this year to meet facility requirements in the Professional Development League license with Major League Baseball. As with many other types of infrastructure, IMS tracks these projects from the planning stage, to the release of RFPs, to awarded contracts for its architectural, engineering, and consulting clients. (IMS provides daily leads of current RFPs/RFQs and tracks upcoming projects through Advance Notices.)

Sarpy County, Neb., issued an RFP in April 2021 for condition inspections and data gathering to assist with Major League Baseball facility standards compliance for the Werner Park baseball stadium (IMS 565506). According to the RFP, “The County owns the stadium and has a long-term lease with the Omaha Storm Chasers of the Triple-A East League since 2011. The Storm Chasers received preliminary notification from Major League Baseball that Werner Park is required to comply with the new MLB standards or lose their approval to conduct MiLB games.”

In New York, Monroe County released an RFP in January 2021 for a consultant to identify deficiencies and facility improvements for Frontier Field to meet Major League Baseball standards by 2025 (IMS 548860). Frontier Field was built in 1997, and likely will need some of the required upgrades. Starting with the RFP to assess the stadium conditions, Monroe County has signaled its commitment to keeping the Red Wings at Frontier Field. “I will not allow Monroe County to lose the Rochester Red Wings because of stadium deficiencies,” said Monroe County Executive Adam Bello in a news release.

According to the Rochester Democrat and Chronicle, “The project will ensure that the ballpark meets new standards set by Major League Baseball for the Rochester Red Wings and all 120 affiliated minor league teams. The improvements include larger clubhouses for home and visiting teams, better field lighting, and improved training facilities for players.” 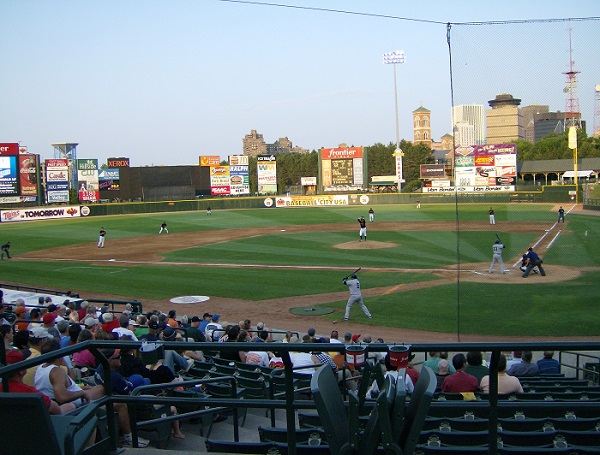 Frontier Field in Rochester, NY is on the docket for MiLB upgrades. (Source: TwinsMetsFan (CC))

The City of Durham, N.C., released an RFQ in March 2021 for design build services for upgrades at the Durham Bulls Athletic Park to meet these new Major League Baseball facility standards. The project includes improvements to the front office, player locker room, and training room (IMS 561482).

Design build services like the project in Durham may be a useful method for these ballpark renovations, especially if they take place under tight deadlines during the off-season.

The Populous Design Build firm – which has “worked on 135 baseball projects, including 54 MiLB ballparks” – has seen the need for this service and has become a stadium specialist.

“Ballpark renovations like the ones Minor League Baseball are needing is exactly why we created the Design-Led Design Build service line – to fill a hole that existed in the market,” said Populous Senior Principal Adam Stover in an online story.

These recent RFPs show how decisions in one world – baseball, in this case – trickle down into our world (design and construction consulting). In the coming years, more municipal ballpark owners will make upgrades to stadiums to meet the facility standards. When they step up to the plate, landscape architects, designers, planners, and design build firms will help players and fans enjoy America’s pastime.