A major infrastructure proposal and changes to environmental regulations are targeting lead pipes and service lines that supply drinking water to an estimated 6 to 10 million homes.

The Biden Administration took aim at the lead pipe water supply infrastructure in the $2.7 trillion American Jobs Plan, which calls for the replacement of 100 percent of the nation’s lead pipes and service lines.

According to a White House news release, “To eliminate all lead pipes and service lines in the country, he is calling on Congress to invest $45 billion in the Environmental Protection Agency’s Drinking Water State Revolving Fund and in Water Infrastructure Improvements for the Nation Act grants.” 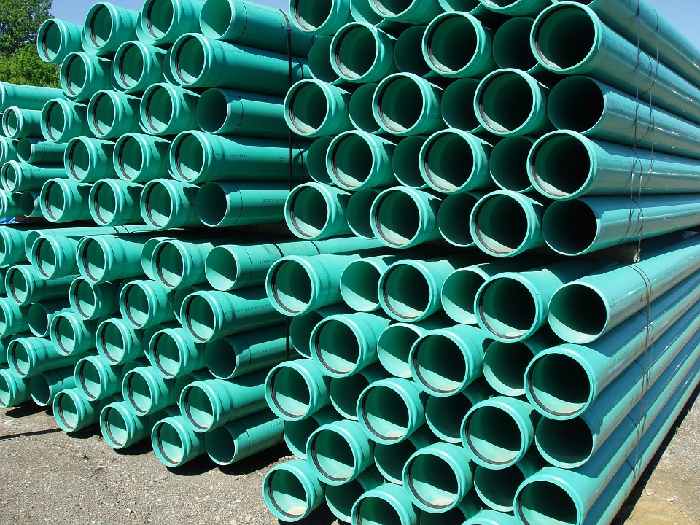 Replacing lead pipes with safer plastic pipes is a costly and time-consuming process for even small municipalities.

The replacement of lead pipes is also a major component of the still-in-progress Revised Lead and Copper Rule. The U.S. Environmental Protection Agency announced a delay of the new rule in March 2021. That action put on hold the rule change published in December 2020 that would have required lead pipe replacements at a rate of three percent per year (down from 7 percent in the older version of the Lead and Copper Rule).

The EPA has asked for further public comment on the Revised Lead and Copper Rule and scheduled public listening sessions in April and May.

A major part of replacing lead pipes will be locating the lines. As it is currently written, the Revised Lead and Copper Rule would require water systems to prepare an inventory of lead service line materials, and to make it publicly available.

A fact-checking story by Kiannah Sepeda-Miller of the Better Government Association in the Chicago Sun-Times investigated claims about the number of lead pipes in the Chicago area. The researcher did find that a significant percentage of lead pipes were located in Chicagoland, but also that data was limited on the number and location of lead service lines nationwide.

The story quoted Maura Allaire, an assistant professor at the University of California, Irvine: “The vast majority of cities don’t know exactly how many lead service lines exist or where they are located.”

“How many lead water pipes are there in the U.S.? Nobody knows — but we’re about to get a pretty good idea,” GovTech says. “The nation’s water utilities have three years to do something most of them haven’t done before: inventory their lead pipes. Doing so will take a lot of work, so one startup is offering tools to help organize the effort.” 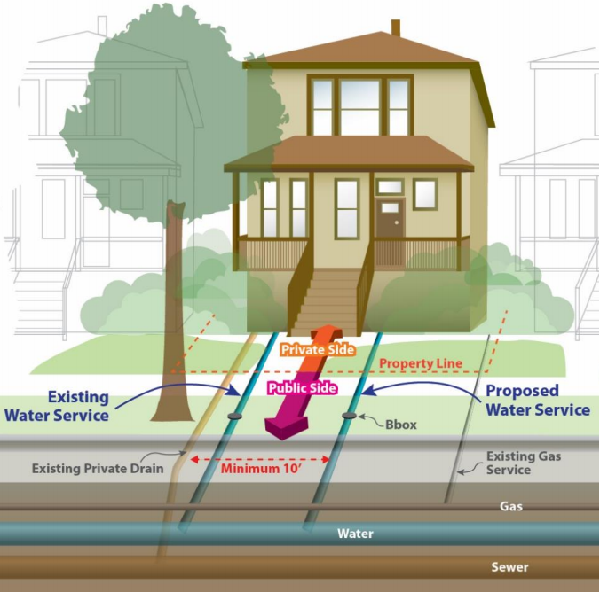 Replacing lead pipes will involve coordination with homeowners to update the piping to their own properties. (Source: City of Chicago, LSLR Plan)

IMS expects to see more projects related to the Revised Lead and Copper Rule and federal proposals that would provide billions of dollars to fund the testing of water supplies, locating/mapping lead pipe infrastructure, and engineering services for waterline replacements. IMS provides daily leads of current RFPs/RFQs and tracks upcoming projects with Advance Notices for its architectural, engineering, and consulting clients. Some recent projects related to lead and copper in the water system include:

* The City of New London, Conn., released an RFQ in April 2021 for engineering, planning, and construction oversight services for the Lead Service Line Replacement Program (IMS 567515).

* In North Carolina, the Fayetteville Public Works Commission released an RFQ in March 2021 for engineering services to comply with the Revised Lead and Copper Rule. The project was scheduled to include a service lateral material inventory, a lead service lateral replacement plan, a monitoring plan, and corrosion control (IMS 562854).

* The City of Saginaw, Mich., issued an RFP in February 2021 for a consultant to provide testing of drinking water for the Lead and Copper Rule (IMS 554114).

* In Ohio, the City of Cincinnati and Greater Cincinnati Water Works released an RFP in January 2021 for engineering services for a corrosion control treatment evaluation to ensure compliance with the Lead and Copper Rule (IMS 548981).

* The State of Michigan’s Department of Environment, Great Lakes, and Energy released an RFP in January 2021 for advice and technical assistance for corrosion control activities across the state, including corrosion control testing related to solubility of lead and copper (IMS 540708-1). 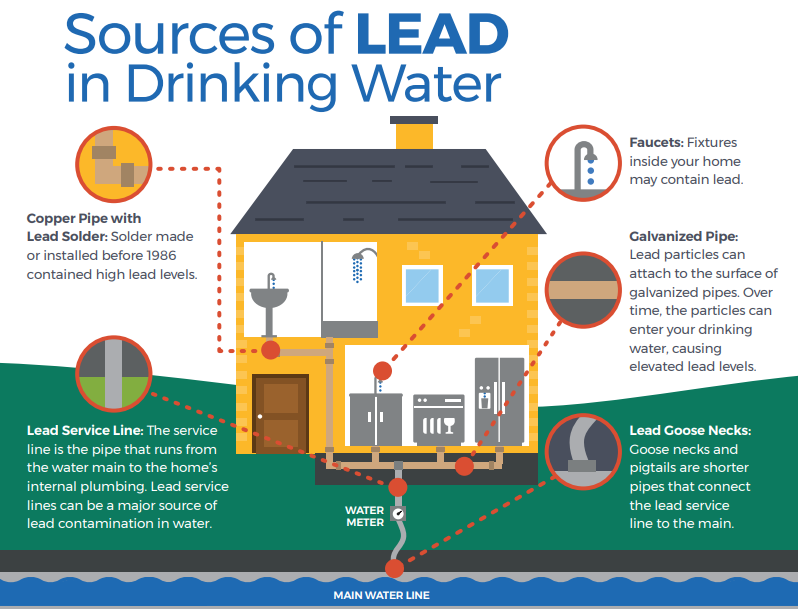 Your standard home can have multiple different sources for lead and copper contamination, which makes mitigation all the more difficult. (Source: The EPA)

The debate continues on the Biden Administration’s infrastructure proposal and the final language of the EPA’s Revised Lead and Copper Rule. That debate, however, shows that addressing lead contamination is a national priority. The expertise of the A/E/C community will be needed in the coming years to support the testing, planning, and design for these critical water infrastructure improvements.