Environmental Justice in the Planning Process

There is power in the planning process, whether it is for changes to industrial zoning, the expansion of a landfill, or the accessibility of parks and transportation. Government agencies and planners have reviewed thousands of proposed projects to consider impacts to traffic, endangered species, noise, and cultural resources.

But increasingly, long-term general planning and individual project applications must evaluate “environmental justice” elements, and consider how a City’s 10-year growth plan or a business’s proposed expansion includes the “fair treatment and meaningful involvement of all people regardless of race, color, national origin, or income.”

A recent analysis by Bloomberg Law found that 10 states have passed environmental justice laws, and others have proposed legislation. “These laws are giving regulators and communities new tools to mitigate negative environmental impacts that have historically and disproportionately affected minority and low-income communities,” according to Legal Analyst Dylan Bruce.

New Jersey’s environmental justice law, for example, requires the preparation of an environmental justice impact statement when the Department of Environmental Protection reviews the proposed development of a new facility in an “overburdened community.” Those facilities could be a sewage treatment plan, solid waste transfer station, landfill, or medical waste incinerator. 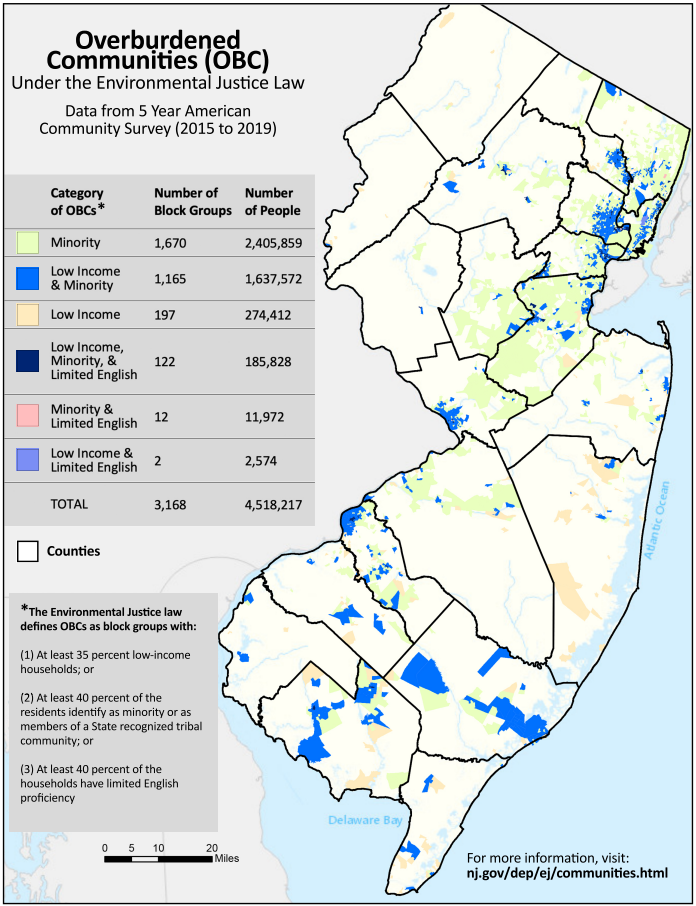 New Jersey has begun to identify overburdened communities so that future planning considerations can be made to ensure environmental justice is meted out. (Source: NJDEP, Office of Environmental Justice)

The law, signed by the governor in 2020 and going through the rulemaking process, states that, “the legacy of siting sources of pollution in overburdened communities continues to pose a threat to the health, well-being, and economic success of the State’s most vulnerable residents; and that it is past time for the State to correct this historical injustice.”

A law in California addresses environmental justice in the long-range planning process. The law requires certain cities and counties to include an Environmental Justice Element when they update two or more sections of their General Plan. Like many communities, when the City of Garden Grove in 2020 began working on updates to its Housing Element and Safety Element, the City began drafting environmental justice policies to address pollution exposure, air quality, access to public facilities, civic engagement, food access, and other goals.

Efforts in Michigan include an Executive Order in 2019 to create the Office of the Environmental Justice Public Advocate and the establishment in 2020 of the state’s first Environmental Justice Advisory Council. In a news release, Governor Gretchen Whitmer said, “We must ensure that the implementation and enforcement of environmental protections, regulations, and policies in Michigan will be fair and meaningful to all Michiganders, regardless of geography, race, color, origin, or income.”

The National Waste & Recycling Association is tracking this trending issue, as several new policies are related to the permitting process for waste management facilities.

As examples, the Waste 360 article citied Washington State’s newly enacted Healthy Environment for All (HEAL) Act and legislation filed in North Carolina that would “require consideration of the cumulative impact of a proposed environmental permitting decision on minority or low-income communities.” 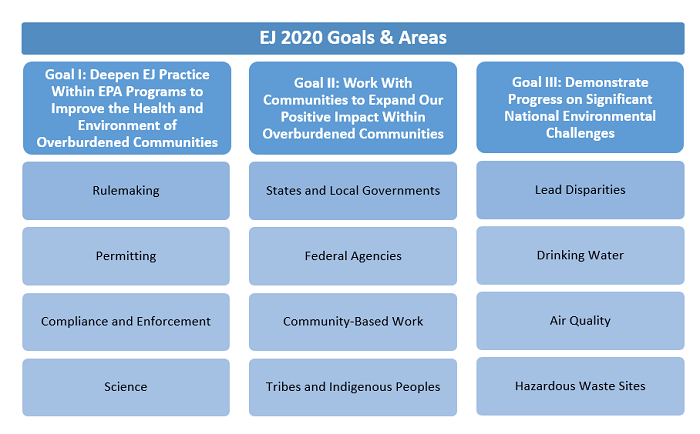 Many municipalities have drawn inspiration for their Environmental Justice ventures from the EPA’s EJ 2014 and EJ 2020 strategic plans. (Source: EPA)

Environmental Justice policies may not be new (President Clinton signed an Executive Order in 1994 to “focus federal attention on the environmental and human health effects of federal actions on minority and low-income populations”). But IMS has seen a growing demand for professional planning and permitting services to meet the requirements of new laws. IMS covers today’s RFPs and tracks future projects through Advance Notices for its architectural, engineering, and consulting clients. Some recent projects that IMS has covered include:

* The City of Raleigh, N.C., released an RFQ in August 2021 for a consultant to help revise its Comprehensive Plan and to evaluate the Plan’s “role in perpetuating racial inequity and for its potential to promote racial equity.” The project will include community outreach to learn about impacts in the built environment, housing, and land use planning (IMS 587744).

* In Missouri, the St. Louis Development Corporation issued an RFP in August 2021 for an Economic Justice Action Plan that will address homeownership, anti-displacement, and equitable and inclusive development (IMS 586950).

* Mecklenburg County, N.C., released an RFP in July 2021 to prepare a racially equitable Environmental Justice Action Plan, including an assessment of the ways the environment disproportionately impacts people by race, and outlining remedies to the impacted communities (IMS 581481).

In the RFP, Mecklenburg County said that environmental injustice can be experienced by communities exposed to unsafe environmental conditions (Place) as well as a lack of power (Process) in decisions such as land use planning or the siting of industrial facilities. “Black and brown communities are often overburdened due to historic displacement (redlining) and ongoing systemic racism that impacts where people live and the quality of the communities they reside in,” the County said in the RFP. “Environmental injustice both compounds and reflects the racial, social, and economic injustices that low- and moderate-income neighborhoods and communities of color experience in Mecklenburg County.” 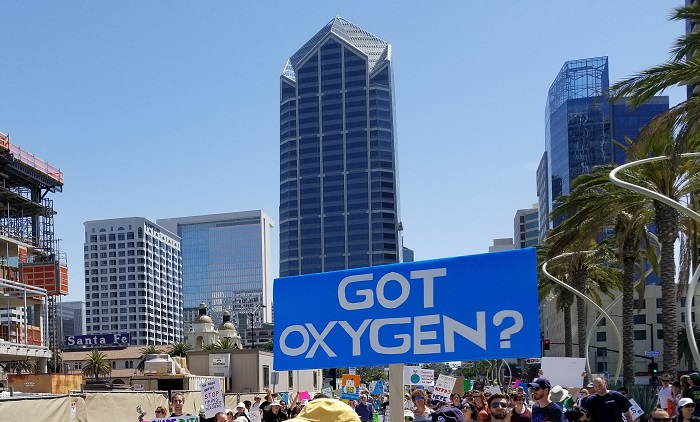 Ensuring that all communities have access to clean drinking water, breathable air, and unpolluted green spaces are some of the goals that equitable environmental justice strives to achieve.

* The City of Anaheim, Calif., released an RFP in July 2021 to create a new Environmental Justice Element for the City General Plan (IMS 579451).

* The Metropolitan Council in St. Paul, Minn., released an RFP in January 2021 for a Climate Action and Resilience Plan that included the integration of an environmental justice framework (IMS 551855).

A range of new environmental justice policies have been enacted in the past few years, from statewide requirements such as the project reviews in New Jersey to county ordinance changes that address community participation and historical exposure to polluted environments. Professional planning services are needed to meet the requirements of those new laws, as well as to help craft new plans. As other agencies find ways to support underrepresented communities, more decisions will be made through the lens of environmental justice.