LiDAR’s Wide-Ranging Uses at the Speed of Light

Blowing the lid off LiDAR

Surveyors and engineers have used LiDAR for decades to produce images of land, the ocean floor, and infrastructure. But applications of LiDAR (light detection and ranging) are spreading. The technology is coming to our vehicles to support some autonomous cars. Sensors installed along roads are collecting breakthrough data on traffic conditions. And LiDAR is even coming to our phones: the iPhone 12 Pro has a LiDAR sensor to capture 3D data.

From testing grounds to limited roadway use, some new autonomous vehicles are using LiDAR to produce maps and measure the distance between objects. But even outside of driverless cars, LiDAR is widely used in the transportation sector. Engineers are increasingly using LiDAR to collect data on roadway conditions and to analyze traffic networks.

In New Brunswick, N.J., LiDAR sensors are being installed at intersections to help monitor traffic conditions, according to a story by Elizabeth Wallace in RT Insights. The mobility and traffic monitoring project is a partnership between the New Jersey Department of Transportation and Rutgers University. 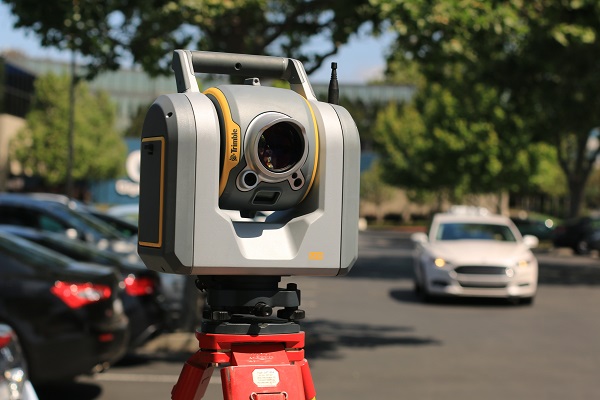 Everything from cell phones to autonomous vehicles are employing LiDAR sensors to better allow computer systems to interpret the world around us. (Source: Scott Blake)

“The purpose of installing LiDAR sensors is to create 3D maps of traffic flow in real-time,” Wallace wrote. “As traffic patterns change, these maps provide highly accurate models with no lag or setbacks. New Brunswick joins several other cities in using this technology and hopes to protect people even as cities grow.”

LiDAR sensors installed in 2017 at the entrance to the University of Nevada, Reno, have allowed engineers to use the 3D scans to analyze traffic patterns, speeding, and interactions between pedestrians and vehicles. An October 2020 story in UNR’s Nevada Today said this project “is believed to be the first time a LiDAR sensor had been used roadside to facilitate the development of smarter, safer transportation infrastructure.”

The data from this research goes beyond traffic counts and accident reports. “Unlike traditional radar or video methods for monitoring traffic, LiDAR sensors can convert vehicle data into information about vehicle and pedestrian trajectory,” said Professor Hao Xu. “The program can identify when and where speeding is occurring, for example, and it can provide a time-space diagram, showing how vehicles slow down, stop, speed up and go through an intersection during a light cycle.”

Those projects focus on driver and pedestrian safety, but other LiDAR research has the potential to save lives by helping communities to better prepare for natural disasters.

New federal legislation in 2021 expanded the Landslide Hazards Program within the U.S. Geological Survey to include a hazards reduction and 3D elevation program. The new law was spurred by the devastating landslide in Oso, Washington, and a more recent landslide in Haines, Alaska. In Washington State, in about 1 minute on March 22, 2014, a debris flow demolished 40 homes, buried part of State Route 530, dammed the North Fork Stillaguamish River, and caused 43 fatalities.

According to the USGS, “New volume estimates of the landslide using LiDAR-derived maps collected after the landslide reveal that, by the time the event had ended, the landslide had moved about 19 million tons of sand and till, and had covered approximately one-half square mile.” 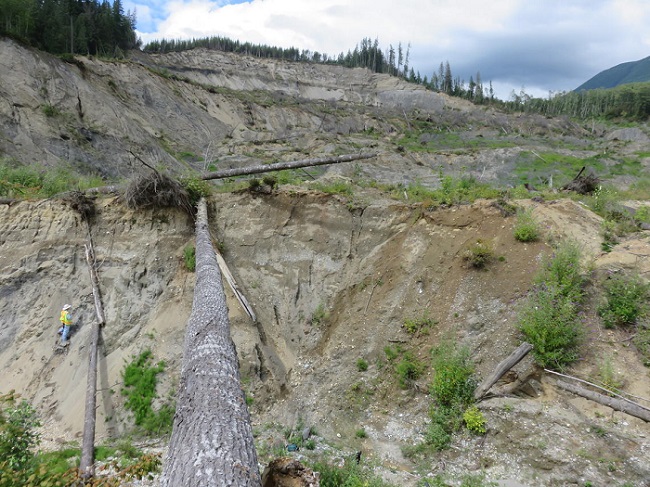 In the aftermath of the Oso landslide, LiDAR was used to determine that the flow of debris moved as quickly as 40mph. (Source: Brian Collins, USGS)

U.S. Senator Maria Cantwell, who introduced the legislation, said the hazards reduction and mapping program would help communities prepare for and respond to landslides. “Six years after the Oso landslide, everyone in the State of Washington remembers the devastating impacts landslides can have,” Senator Cantwell said in a new release. “This bill would dramatically increase our use of LiDAR data needed to map, identify, and track landslide risk areas. Employing our best science and mapping technologies will help communities across our state save lives, safeguard property, and improve our emergency planning and response.”

According to the USGS, landslides account for up to $2 billion in damages and an average of 25 fatalities every year. Landslides occur in all 50 states and “commonly occur in connection with other major natural disasters such as earthquakes, volcanoes, wildfires, and floods.”

Public agencies have consistently issued RFPs/RFQs for consultants to provide LiDAR data collection, analysis, and mapping services. IMS covers these current RFPs on a daily basis and tracks future projects through Advance Notices for its architectural, engineering, and consulting clients. In the last five years, agencies have released an average of 40 RFPs each year for LiDAR services, with a high of 47 projects in 2019. In the first nine months of 2021, IMS has covered 41 LiDAR-related projects. Some recent RFPs include:

* In Florida, the Gainesville Regional Utilities released an RFQ in September 2021 for consultants to perform a LiDAR survey for a 23-mile-long 138kV transmission line along a rural right of way (IMS 591922).

* The City of Los Angeles, Department of Water and Power, released an RFP in September 2021 for LiDAR acquisition and processing services to help the department manage existing infrastructure and to plan for future infrastructure design, planning, and maintenance (IMS 556541-2). 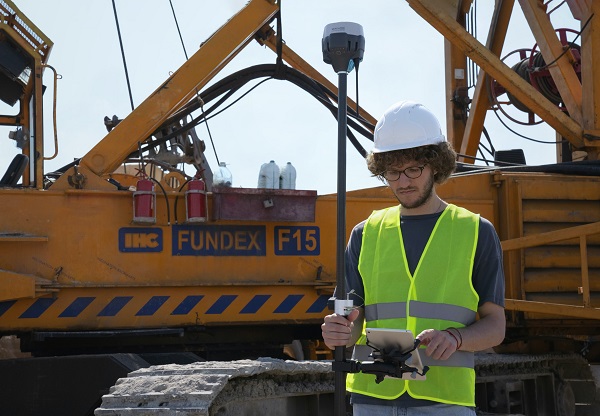 An important part of the pre-construction process involves accurate surveying, which can be greatly aided by the use of LiDAR technology. (Source: Valeria Fursa)

* The State of Washington’s Department of Natural Resources issued an RFP in August 2021 for LiDAR data acquisition and other remote sensing and processing to aid in hazard and natural resource mapping, as well as other asset and resource analyses (IMS 583413).

* The U.S. Department of Transportation, Federal Highway Administration, issued a solicitation notice in May 2021 for consultants to conduct research, assess capabilities and limitations, identify use cases, and provide recommendations relating to consumer grade handheld LiDAR technology for construction inspection and digital as-builts (IMS 574240).

LiDAR uses can range from scanning a room with an iPhone to creating a “digital twin” to model and monitor large infrastructure projects. As the technology becomes less expensive and more available, applications will find a place throughout the A/E/C industry.