In the mid-to-high-density housing zone

There is a lot of meaning packed into the words “Missing Middle Housing.”

The term, coined by Daniel Parolek in 2010, refers to buildings like duplexes and townhouses that are often a missing link between detached single-family homes and taller apartment buildings.

In terms of size, they are “house-scale buildings with multiple units in walkable neighborhoods,” according to Parolek and Opticos Design.

These housing units are “missing” in some cities due to zoning regulations that restrict multi-unit dwellings in single-family residential areas.

Minneapolis is one of many cities rezoning certain districts to increase available housing for its residents. (Source: Minneapolis2040)

In one of the latest examples, the Sacramento City Council voted in January 2021 in support of allowing more housing options like duplexes in areas zoned as Single-Family/R1. The change is scheduled to be incorporated into the City’s 2040 General Plan at the end of the year.

“Sacramento continues to experience a housing shortage, and much of the city is zoned for single-family unit development,” said Matt Hertel, acting principal planner for the City. “Since the planning efforts for the 2040 General Plan Update first launched in early 2019, some of the key themes expressed from the community are for the City to take action to address the availability and affordability of housing, to reduce our greenhouse gas emissions and address the impacts of climate change, and to advance equity and inclusion. This key strategy responds to all three of these themes.”

Minneapolis, Minn., was the first major city to eliminate the zoning category for single-family housing, and now allows duplexes and triplexes in all areas. The City is now implementing its “built form regulations” to address the scale of new buildings in various areas.

On the state level, a new law in Oregon aims to support the local development of missing middle housing. According to the state’s Urban Planning Division, House Bill 2001 “expands the ability of property owners to build certain traditional housing types, like duplexes, in residential zones. These housing types already exist in most cities, but were outlawed for decades in many neighborhoods. These limitations contribute to increased housing costs and fewer choices.”

Communities with restrictions on duplexes in residential areas, for example, will be required by the new Oregon law to update their local regulations. Planning and outreach for these new zoning codes is already under way, and some municipalities have sought consultants to support their planning and outreach.

These RFP/RFQ projects are some of many examples that IMS tracks for its architectural, engineering, and consulting clients. IMS delivers the information through daily leads and in Advance Notices of upcoming projects. Some of these recent Oregon projects include:

* Clackamas County, Ore., released an RFP in December 2020 for a consultant to assist with the public engagement process to amend zoning regulations to address the middle housing requirements in HB 2001 (IMS 543315).

* Woodburn, Ore., issued an RFP in September 2020 for technical expertise for updating the Comprehensive Plan and Development Ordinance to comply with HB 2001 (IMS 532222).

* Lake Oswego, Ore., released an RFP in September 2020 to conduct research and analysis related to future amendments to the Comprehensive Plan and Community Development Code that comply with HB 2001 regarding middle housing (IMS 525003-1). IMS saw similar RFPs in 2020 from King City, Wilsonville, Eugene, and Albany, Ore.

The Oregon HB 2001 Implementation Schedule has 2021 slated to be the year larger cities will begin rezoning their residential areas. (Source: Oregon Urban Planning)

Other communities across the country are also issuing Requests for Proposals related to missing middle housing projects:

* Arlington County, Va., released an RFQ in January 2021 to study how new missing middle housing types and forms could be introduced and used to increase and diversify the County’s housing supply (IMS 551841).

* Yolo County, Calif., released an LOI in January 2021 for the potential development of a 0.65-acre County-owned parcel. The project may include missing middle housing such as duplexes, fourplexes, cottage courts, and multiplexes (IMS 549452).

* The City of Huntsville, Ala., released an RFP in October 2020 for a targeted update to the City’s Zoning Ordinance, including the creation of a new Mixed-Use Zoning Chapter and a Missing Middle Residential Zoning designation (IMS 535822).

* In California, the Sacramento Area Council of Governments released an RFQ in October 2020 for on-call technical assistance to help member jurisdictions plan for and accelerate infill housing within the six-county region. Consultants will review zoning codes and designs for accessory dwelling units or missing middle products (IMS 538404). 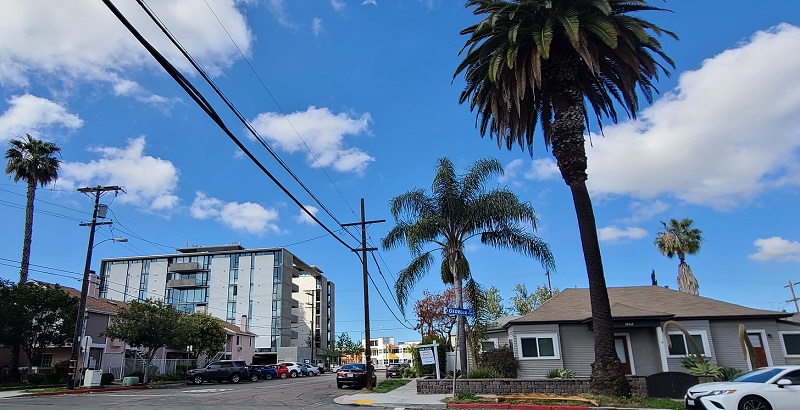 Many local governments are loosening zoning regulations to allow for single-family dwellings to stand side-by-side with denser housing, like apartment buildings and multiplexes.

Demand for affordable and inclusive housing will drive the growth of missing middle projects. In tandem, more cities will consider changes to land use regulations to accommodate multi-unit housing structures in single-family residential zones.

“One solution is to return to our history — an idea that’s gaining traction,” Brown wrote. “In the 1920s and 1930s, our housing supply had a higher proportion of multi-family housing types. The housing type we are missing today — and that worked so well to meet housing needs a century ago — are in demand again. People are seeking smaller multi-family living situations located closer to downtowns, and in walkable neighborhoods with lower rents and attainable purchase prices.”

As local governments around the country begin to modify their zoning regulations to account for these expanded housing options, IMS will continue to monitor for any opportunities available for A/E/C professionals.