The big choice for development

Local communities and housing agencies – after months or even years of planning – recently submitted their applications for funding to revitalize public housing projects and distressed neighborhoods.

Through the Choice Neighborhoods program, the Housing and Urban Development Department will contribute $182 million to help turn struggling areas into a “viable, mixed-income community” with the Fiscal Year 2020 Implementation Grants.

“The Choice Neighborhoods program leverages significant public and private dollars to support locally driven strategies that address struggling neighborhoods with severely distressed public and/or HUD-assisted housing through a comprehensive approach to neighborhood transformation,” according to HUD.

The Choice Neighborhoods Initiative has three main goals: develop quality mixed-income housing; improve outcomes for residents in the areas of employment, health and education; and create neighborhood conditions that attract investment and lead to amenities, safety and commercial activity.

A community develops these goals as part of its revitalization/transformation strategy. It’s a plan for rebuilding the housing units, while also “directing the transformation of the surrounding neighborhood and creating positive outcomes for families.” 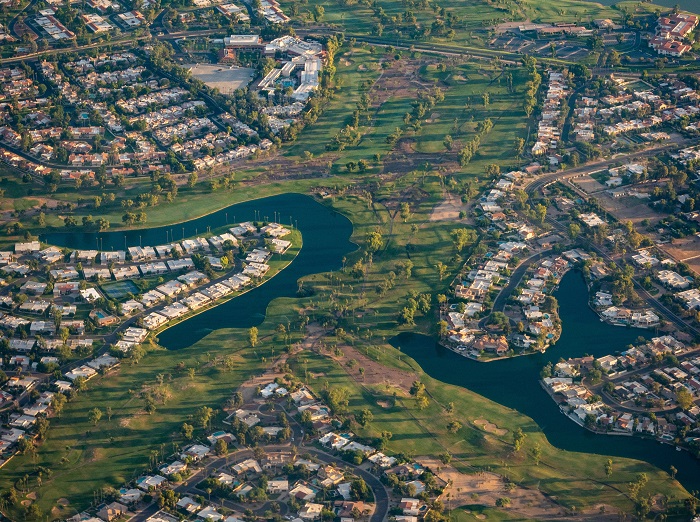 The Implementation Grants can have a significant impact on a community, since a project may be awarded up to $35 million.

For example, a proposal by Detroit, Michigan, for funding would support the revitalization of Historic and North Corktown by rebuilding the 87-unit Clement Kern Gardens Affordable Housing property. Several development projects are in the works for the Corktown area, including infill housing, an apartment project, and Ford Motor Company’s 1.2 million-square-foot innovation hub.

Tracking grant programs and funding is one way that IMS identifies opportunities for its architectural, engineering, and consulting clients. IMS provides the information through daily leads from RFPs/RFQs and in Advance Notices of upcoming projects. 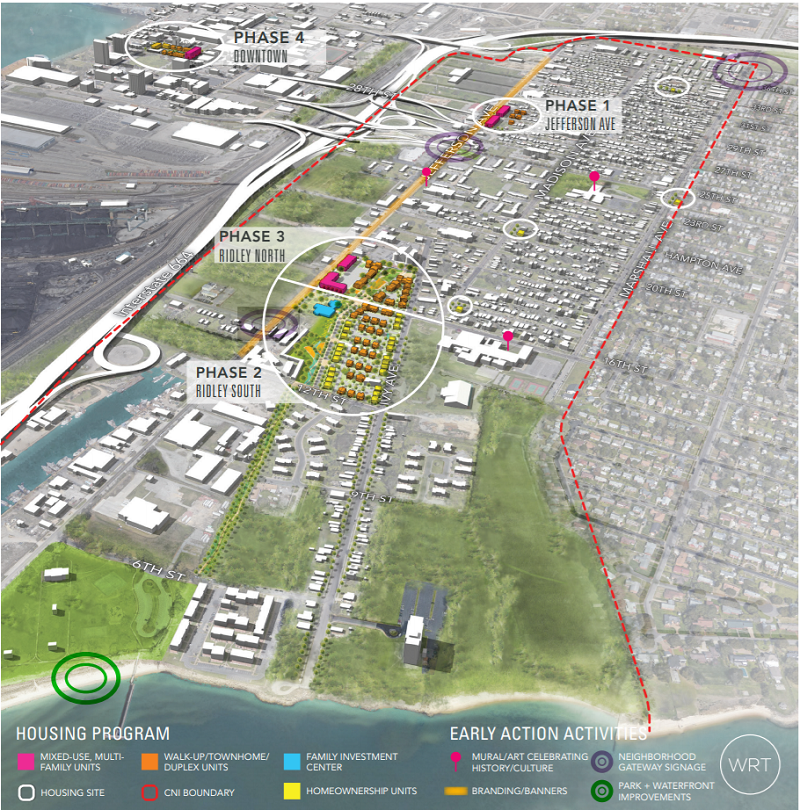 Some Choice Neighborhood projects that IMS covered in 2020 include:

* The City of Newport News, Va., released an RFP in November for trail planning and placemaking services for a health and wellness trail network throughout the Marshall-Ridley Choice Neighborhood (IMS 541948). In 2019, Newport News and the Redevelopment and Housing Authority received a $30 million Choice Neighborhoods grant for new housing options, services, and parks to transform the Marshall-Ridley area.

* In Wisconsin, the Housing Authority of the City of Milwaukee released an RFP for developers to create affordable housing and to support a Choice Neighborhoods Implementation Grant application focused on the Near West Side (IMS 539474).

* The Tifton Housing Authority in Georgia released an RFP in October for technical assistance to redevelop the Peterson Apartments and Old Omega Road Apartments. The project was funded by a Choice Neighborhood Planning Grant (IMS 535119).

* The Housing Authority of the City of San Buenaventura, Calif., issued an RFP in August for development planning coordination services for a 2020 HUD Choice Neighborhoods Planning Grant (IMS 530514).

* In Florida, the Housing Authority of the City of Daytona Beach released an RFQ in August for a consultant to serve as the Choice Neighborhood Planning Coordinator to conduct a comprehensive neighborhood needs assessment (IMS 529810).

* The Housing Authority of the City of Brownsville, Texas, released an RFP in July for a consultant to serve as the Choice Neighborhoods Planning Grant Coordinator and to assist in developing a Transformation Plan (IMS 526321).

Several of these consulting projects are part of the long-term community planning process. And HUD is now reviewing applications for the multi-million-dollar Implementation Grants. But in mid-December, the agency also awarded $450,000 grants to 11 communities to help them prepare transformation/revitalization plans for struggling neighborhoods. 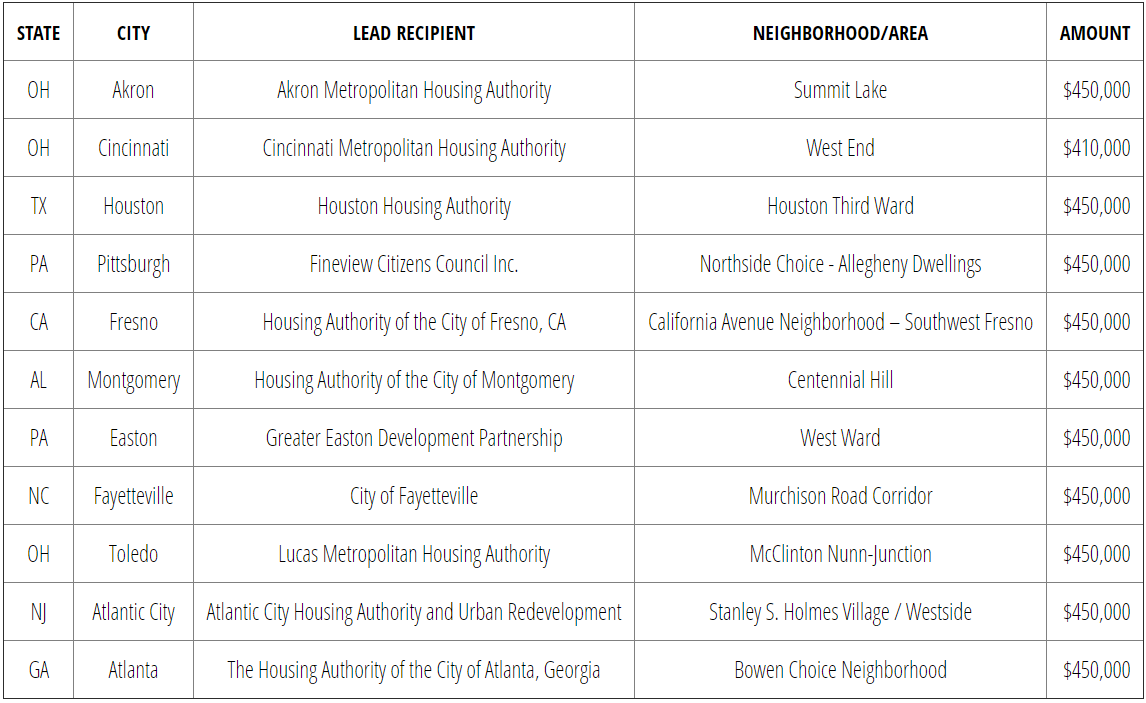 The December 2020 HUD funding will go a long way in assisting the 11 communities chosen. (Source: HUD)

The grant summaries are inspiring — with “vision for the future,” “an integrated and holistic plan” and ideas that would have a “lasting impact.”

These plans, like the program itself, are ambitious and will require years of commitment and millions of dollars. As HUD notes, Choice Neighborhoods is about “the interconnected challenges of distressed housing, inadequate schools, poor health, high crime, and historic disinvestment.”

Struggling communities did not become “distressed” overnight. Thus, the rebuilding process calls for long-term plans – locally crafted and supported at all levels – to revitalize a community. Within that process there are roles for planners, designers, and developers to help meet the goals of the Choice Neighborhoods Initiative.