The Vision of Wireless Power

Inductive charging and magnetic resonance power transfer use a pair of coils – a sending unit with power and a receiving unit. Through a magnetic field or with coils tuned to the same frequency, electricity can be transferred through an air gap. These technologies are most commonly seen in the latest generation of phones and watches where a device is placed on a charging pad and the battery receives the energy. Technology is also in development to transfer power through radio waves or ultrasonic waves.

Applications for this technology range from useful (charging your phone without a cord) to industry-changing (powering a car as it moves along the road). 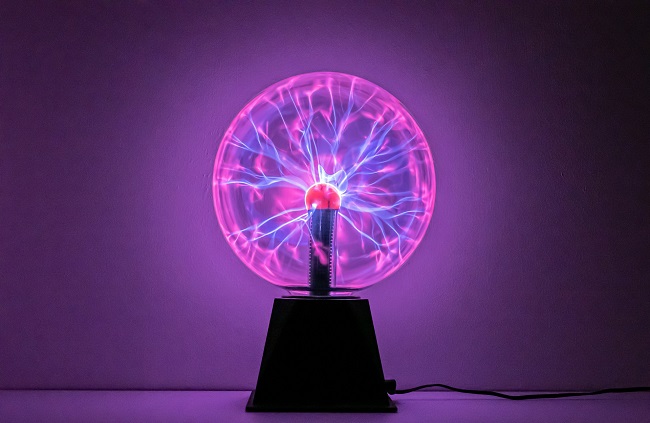 The principles behind wireless power have been understood for over a hundred years, but we’re only now beginning to utilize the technology in a practical manner.

In Gothenburg, Sweden a taxi idles in the queue as the driver waits for a customer. But instead of exhaust fumes coming from the tailpipe, an electrical charge is going into this Volvo XC40 Recharge. Underneath the taxi area are wireless charging pads that directly feed the car’s battery. The upsides are obvious: the vehicles charge while they wait, direct emissions are eliminated, and the taxis can be in operation all day.

At a testing area in Italy, the automaker Stellantis has installed inductive charging coils within the Arena del Futuro (“Arena of the Future”) circuit. The company’s Dynamic Wireless Power transfer technology uses embedded coils connected to a power supply. As vehicles travel down the road, electricity is transferred to an electric motor to power the vehicle. This extends the vehicle’s range and conserves the battery’s charge, the company said.

“Tests are showing that the efficiency of the energy flow from the asphalt to the car is comparable to the typical efficiency of fast charging stations, so the driver does not need to stop to recharge,” Stellantis said in a June 2022 news release. 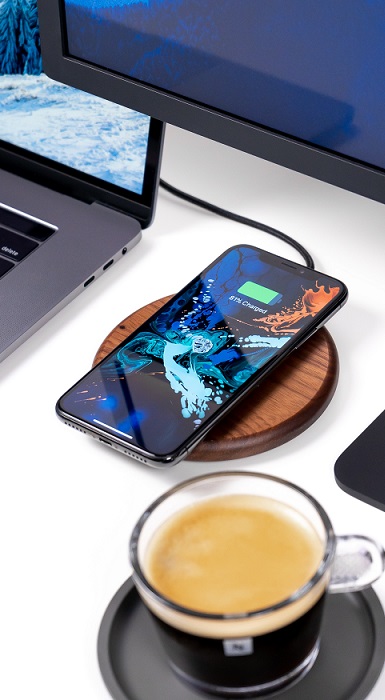 Charging by induction is now a common feature on many cellphones. The same principle is being developed for charging automobiles. (Source: Daniel Korpai)

An article in New Atlas described the programs initial success but said hurdles remain for a commercial-scale version of the power transfer project. “Getting a project like this off the ground at commercial scale poses a series of chicken-and-egg problems, and may well end up costing more than it can bring back in revenue,” the New Atlas article said. “These things will only make sense if they’re rolled out on very long stretches of high-traffic highway, if drivers can be accurately billed for their use, and if enough people buy compatible cars to make them worthwhile.”

Autonomous vehicles will have a place in tomorrow’s transportation system, and wireless power transfer will enable their constant operation. Domino’s Pizza, DoorDash, the US Postal Service, Walmart, 7-Eleven, and many others are experimenting with autonomous delivery. As these services increase, so too will the need for charging autonomous vehicles. Wireless charging pads would allow these vehicles to power up without someone physically plugging in and removing a charger.

Other research companies are developing technology to transmit electricity much further than from a charging pad to a vehicle or a phone. Emrod is using beams in the ISM (Industrial, Scientific, and Medical) band to send power from point to point. The company says this technology has the potential to open up access to more renewable energy, bolster resilience of the power grid, and bring energy to remote communities.

Many of these technologies are in the development stage, but IMS has already seen a few examples where public agencies are pursuing projects for wireless power transfer. IMS, a division of Dodge Construction Network focused on AEC consultants, tracks current RFPs on a daily basis and covers future projects through Advance Notices.

The most significant public project is a transformative undertaking in Michigan, one that the Governor Gretchen Whitmer has called the “next piece to the puzzle for sustainability.”

The Michigan Department of Transportation released an RFP in September 2021 for a project to develop and implement an Inductive Vehicle Charging Pilot program to wirelessly power a minimum one-mile route for all modes of transportation, with integration to adjoining public transit routes to power electric buses (IMS 591883).

In early 2022, Michigan awarded the contract to Electreon to design and test this wireless electric road system. The company has several wireless charging projects in development around the world, and says its “technology is deployed in dedicated zones and along Electric Roads, allowing e-fleets to charge conveniently throughout their operational day. This reduces the need for heavy batteries and flattens the electricity demand curve.”

The wireless charging program continues, and in June 2022 the Michigan DOT released an RFP for owner’s representative services for the project (IMS 634146).

According to the Governor’s office, “Electrified roadways have the potential to accelerate adoption of electric vehicles by consumers and fleet operations alike by enabling continuous vehicle operations and turning public streets into safe and sustainable shared energy platforms.”

Those platforms are not fully operational today, but you can buy a couch with wireless charging pads built into the armrest. As this technology becomes more ubiquitous, engineers will begin to incorporate wireless power transfer into the design of new buildings. It’s easy to imagine a room with a charging unit in the ceiling that sends electricity to a phone, laptop, security cameras, and other gadgets.

How will mechanical and electrical engineers change their designs to accommodate appliances that are powered wirelessly? How will product designers respond when devices – and even cars – can be built with smaller batteries? Tesla never accomplished his dream to wirelessly transmit electricity around the world. But the dream is alive in research labs, in roadway testing areas, and demonstrations to wirelessly send power over longer and longer distances.