Sounds good to me

Researchers around the world are sounding an alarm about the “toxic” impact of noise pollution. Recent studies are examining the links between high noise levels and cognitive development, heart disease, and mental health.

A study published in June 2022 found that young students exposed to traffic noise outside their classrooms showed a slower development of their memory skills and attention levels. The study tracked 2,680 students in Spain, and found that higher noise levels were associated with slower cognitive outcomes in working memory, complex working memory, and attention development. And noise fluctuations, or spikes in the noise level, may be playing an even larger role.

An article in the Guardian noted that the study’s subjects – children 7 to 10 years old – were in the “critical stage” for building these cognitive skills. The article quoted lead researcher Dr. Maria Foraster of the Barcelona Institute for Global Health: “We do not appreciate that noise can actually be toxic from a physical point of view. We think that we adapt to it, but research has shown that we don’t completely – we still have a physiological response.”

This was just the latest study to assess impacts of noise pollution on health and well-being. A report in May 2022 from the Rutgers Robert Wood Johnson Medical School examined the links between noise levels and heart disease. The study reviewed the levels of transportation noise experienced by New Jersey residents who were hospitalized for a heart attack, and found that the “heart attack rate was 72% higher in places with high transportation noise exposure.” 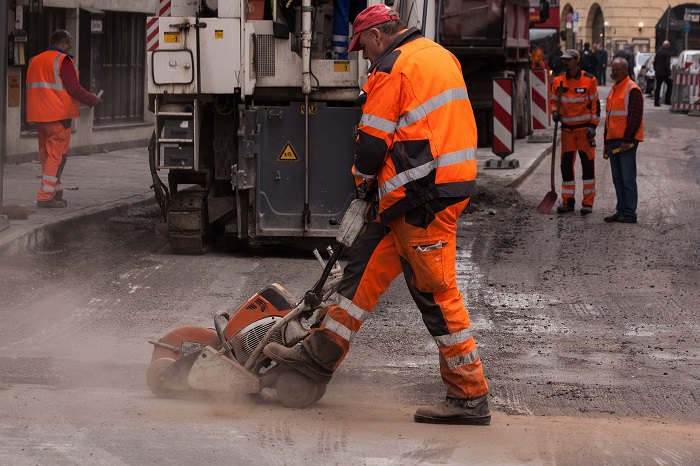 It’s not uncommon for most urban areas to be inundated with construction work, a leading component of noise pollution in city centers.

A high level of transportation noise was defined as an average of 65 decibels or greater during the day, and it included noise spikes from loud trucks, trains, or aircraft. “Based on the relative rates of heart attack in different locations, the researchers calculated that high noise exposure accounted for about 1 in 20 heart attacks in the state,” according to an article from the American College of Cardiology.

Noise pollution was also singled out by the United Nations in its February 2022 “Frontiers Report” on critical environmental issues. (Wildfires and phenology/climate change were the other two emerging issues.) In raising the alarm, the UN also provides an apt description: “When sounds are unwanted, they become noise. When noises are too loud and persist too long, they become noise pollution.”

IMS uses this blog to highlight project trends in the A/E/C industry, as well as to link current research to the work of architects, engineers, and construction consultants. (Every day, IMS researchers identify hundreds of current architectural and engineering RFPs and verify dozens of upcoming projects for Advance Notices.)

Projects related to “noise” come in many shapes and sizes, from a study of sonic booms in commercial space operations to an updated Noise Element in a city’s General Plan. Recent projects for acoustic engineers focus on noise impacts from airports, railroads, entertainment venues, landscaping equipment, and wind turbines. Some examples include:

* In Illinois, the Chicago Executive Airport released an RFQ in June 2022 for updates to Noise Exposure Maps (IMS 633135). 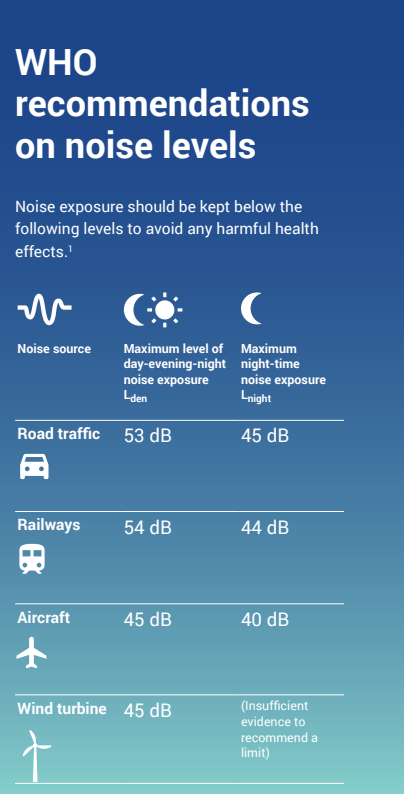 The WHO maintains recommendations on volume maximums safe for humans. Recent studies show that in some cities environmental noise exceeds the above limits, creating the potential for adverse health effects in residents. (Source: Frontiers 2022)

* The City of Bellevue, Wash., released an RFQ in May 2022 for an acoustic/noise consultant to assist with the evaluation of potential noise and vibration caused by Sound Transit’s light rail system (IMS 628542).

* Butte County, Calif., released an RFP in May 2022 for analytical noise studies for planning projects to determine compliance with the Noise Control Ordinance, as well as for on-call noise assessments (IMS 625807).

* The City of Chelsea, Mass., issued an RFP in May 2022 for a consultant to monitor aircraft noise from Boston Logan International Airport (IMS 625530). In March 2022, the Massachusetts Port Authority issued an RFQ for community outreach, acoustical testing, and design services to implement the Residential Sound Insulation Program in areas surrounding Logan Airport (IMS 620142).

* Another airport noise insulation program is underway in Atlanta, GA. In March 2022 the City’s Aviation Department released an RFP for architectural and engineering services to make improvements to noise-sensitive properties located in close proximity to airport boundaries (IMS 610125-1).

* An RFP issued by Boulder, Colo., in March 2022 aimed to address noise and air pollution from landscaping equipment such as leaf blowers (IMS 618135). The project called for a review of best practices in cities that have restricted the use of gas-powered leaf blowers, which may produce noise levels of up to 100 decibels.

* The City of Yreka released an RFP in March 2022 for acoustic and planning services to develop a city-wide noise analysis and to update the Noise Element of the General Plan (IMS 619996).

* The City of Menlo Park, Calif., sought consultants in March 2022 to help establish a quiet zone along the Caltrain corridor, including four at-grade crossings and one pedestrian crossing (IMS 612209-1).

* Fort Lauderdale, Fla., issued an RFP in March 2022 for a consultant to prepare a noise analysis and to develop standards for measuring sound and enforcing violations (IMS 618762). The project included recommendations for maximum sound and bass limits in the downtown and Special Entertainment District, as well as soundproofing measures for homes and businesses that are “impacted by amplified sound or outdoor entertainment.” 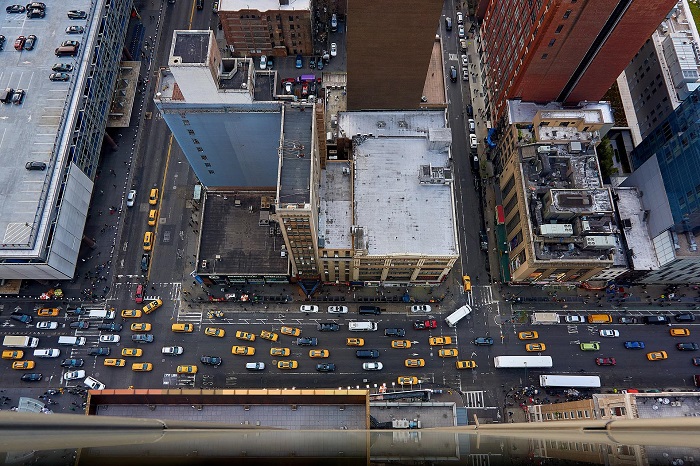 One of the leading causes of noise pollution is traffic. Many local agencies are taking this into account, designing streets and buildings to turn down the overall environmental volume for citizens.

* In a crossover of noise and light, the Town of Coventry, R.I., released an RFP in January 2022 for independent verification of the compliance of 10 wind turbines with the flicker and noise regulations in town ordinances (IMS 606018).

In different ways, these projects aim to protect people from impacts of noise pollution. (For a must-read article about the impact of noise and light pollution on other species, see Ed Yong’s story in The Atlantic). The mitigation designs, however, are often limited to thicker windows, new insulation, or bigger sound walls. The United Nations report calls on urban planners to consider the “soundscape” that people experience. For example: green walls and roofs can filter out traffic noise while attracting urban wildlife … electric vehicles and quieter pavement can lead to lower noise levels … tree belts and shrubs can absorb acoustic energy. These designs show an awareness of the soundscape and can reduce industrial noise and even highlight the positive impact of natural sounds.